How Fast Do Electric Bikes Go? A Quick Guide to Battery Size and Speed

Electric bikes are gaining traction in the United States. Anyone can ride them, from the most seasoned cyclists to children.

Although e-bikes can help expand the sport to a new audience, there is some confusion about how fast they can actually go, and how fast is too fast.

So, how fast is an electric bike?

E-bikes have the capacity to go faster than 28 mph (45 km/h), but there are laws in place to prevent them from doing so. There are many other ways to increase the speed of a 500w e-bike, 1000w e-bike, and a 1500 bike without rigging the motor.

To ensure that you’re buying an e-bike that’s within the law, pay attention to the legislation in your country or state. Before we discuss the legality of speed, let’s examine how to get the fastest bike possible no matter your bicycle’s weight or size.

How Fast Can A E-Bike Go?

The most common questions concerning e-bikes are about their speeds. Since e-bikes have a motor, they can reach higher speeds than a pedal bike where the average cyclist can reach 12-15 km/h (7.5-9.3 mph) from pedaling using their own weight.

Most of these speeds are reachable with assisted pedaling, but some more expensive e-bike brands will reach that speed without it.

Not all e-bikes can reach speeds of 30 km/h (18 mph) or more because its motor doesn’t support it. To determine how fast your e-bike can go, a three-class certification method was developed to properly legislate the speed to which an e-bike can have on the sidewalk or road.

The motor will almost always determine electric bicycle speed. Most people think the higher the wattage, the faster the bike, but that’s far from the truth.

Determining your motors’ assistance to speed requires you to calculate your weight versus power.

Let look at the example of a 110-pound woman who plans on biking up a hill. She won’t need a lot of power under the hood, because she is light enough to get up the hill without much peddling or throttle. 250-watts would be more than enough to suit her needs.

On the other hand, a 155-pound woman who wants to ride up a steep hill may need something better than 250-watts. If you don’t live in the United States, a cyclist that weights 155-pounds could use a 500-watt motor, but a 750-watt is ideal.

* Green is within legal limits, red is considered illegal by many US states

Although it’s common to find batteries that range from 500w – 1500w for electronics, e-bikes battery sizes commonly come in 250w, 500w, and 750w. As lithium-ion batteries power most e-bikes, we can assume that yours will too.

Watt-hours is one way to measure the energy capacity of a bike, and calculating it is simple. To start, multiple the voltage by the amp hours of the battery back. If a battery is 36-volt with 10-ah battery pack, multiply the two (36×10=360) to get 360. Therefore, you can get up to 18 miles with a 360 watt-hour pack.

Let’s take a look at some of the most common battery fits for an e-bike:

How Fast Does a 250w Electric Bike Go?

How Fast Does a 500w Electric Bike Go?

How Fast Does a 750w Electric Bike Go?

Not all e-bikes give you the option to pedal, but those that do give you more opportunities to reach top speed. Depending on your purchase, you will need a different pedaling effort, and some will assist you more than others.

If you want full assistance while riding your bike, opt for a Class 2 or 3 (more on that later), but if you’re going to work out while cycling, try the Class 1. If you do use a Class 1, you won’t be able to go as fast as Class 2 or 3 assisted.

Use a Class 2 or 3 with pedaling with the throttle on, so when you use the pedals, the e-bike will propel farther than if you completely automize your commute—biking as hard as you can make it less likely to wear you out because the e-bike will do most of the work for you.

E-bikes are separated between two types of terrain: rough trails and leisure. Most e-bikes are geared towards leisure activity because consumers use these to go to and from work. Mountain bikes are useful for rural communities where cars are expensive or inaccessible.

Like a traditional bike, e-bikes are capable of cycling up steep hills for an extended period with the proper battery and motor (750w minimum preferred). These bikes are available with hardtails or full suspension. The full suspension is better for rougher ground. 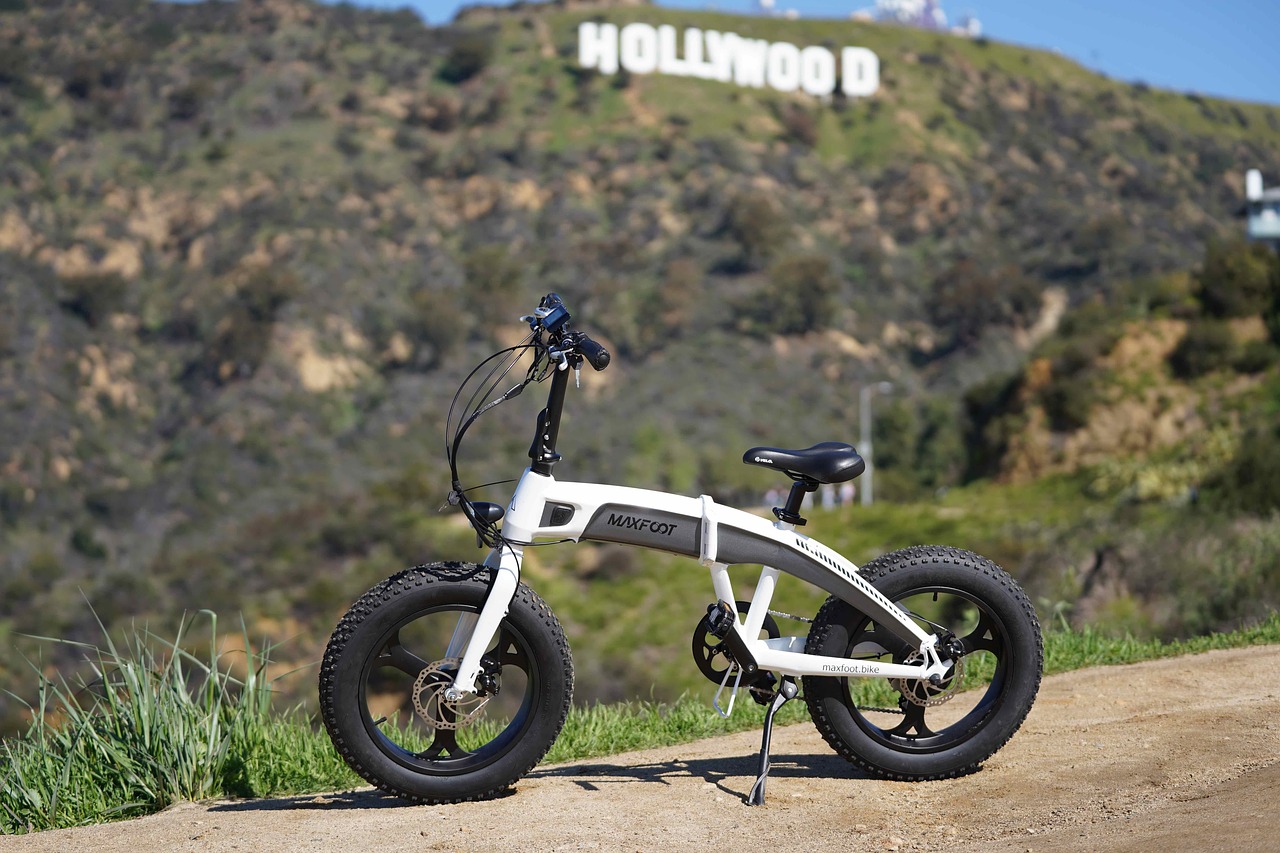 All e-bikes can function spectacularly on flat land or in a cityscape because they were initially designed for this purpose. To get the most out of the battery and motor, calculate your weight against the wattage of the battery. For example, a 110-pound woman can use a 250w battery to its fullest extent, while a 150-pound woman should use a 500w or more for better results.

The US Laws and the Lack of Regulation

The U.S. Consumer Product Safety Commission regulates e-bikes from a federal level to protect product safety for manufacturing at the original sale.

Without clear guidelines, many states adopted counter-productive rules governing e-bikes that treat them as an extension to human-powered bikes or motorcycles.

Some have no regulation what-so-ever, so individual states tend to suggest a 20 mph (32 km/h) max speed. This loose approach has led to multiple injuries that were easily avoidable. From 2000 to 2017, 245 million injuries occurred from electric scooters or bicycles.

The Rapid Need for Legalization of the 3-Class System

Since 2014, the national bicycle advocacy group PeopleForBikes helped over 25 states pass standardized regulation for e-bikes with the use fo the 3-Class System. This model legislation defines three standard classes of e-bikes based on wattage, speed, and operation.

Class 1 and 2 are usually allowed where traditional bicycles are allowed, but Class 3 bikes are typically reserved for road use only. In Europe, a cyclist must place a visible reflective sticker on the body to indicate an e-bike’s Class.

In 2015, California was the first of many states to adopt the 3-Class System, but since then, 26 states now define e-bikes in a Three Class structure. The graphic below outlines where states have proper legislation, which are acceptable and problematic and need work.

Legislated states use the 3-Class System. Acceptable states have no age limit, no licensing registration, and e-bikes are treated as bicycles. Finally, problematic states treat e-bikes as motor vehicles and have confusing laws and practices that aren’t found in state law.

Here is a breakdown on which e-bikes classify for Class 1, Class 2, and Class 3 under the legislation.

All e-bikes, no matter the Class, limit the motor’s power to 1 horsepower (750W).

The Dangers of Superfast E-bikes

It’s tempting to retro-fit an e-bike to go faster than 20 mph (32.19 km/h) to get from point A to B as quickly as possible. However, because there isn’t proper legislation in place in all 50 states, riding a bike that exceeds 20 mph (32.19 km/h) is dangerous for you and other pedestrians.

While faster e-bikes have their place, it’s important to have legislation so chipping or retro-fitting vehicles are harder to access. Or as an alternative, these bicycles could be classified similarly to mopeds or motorcycles if they go much faster.

Proper legislation can effectively avoid a lot of accidents, some of which have resulted in death. In Europe, a cyclist modded a legal e-bike to exceed speeds of 28 mph (45 km/h) and killed a Hackney pedestrian.

It was the first prosecution of its kind, but many more deaths could occur is e-bikes aren’t registered, or those who use them aren’t licensed to do so.

Are you an e-bike enthusiast?

Are you interested in legislating e-bikes to maintain proper speeds in all states?

Visit PeopleForBikes for more information, and share our article to get the word out.

Before you go, leave a comment on what you think about the 3-Class System, or read one of our other articles about how to determine if an e-bike is waterproof.

How Much Does an Electric Bike Cost?