What’s The Difference Between an Electric Bike and a Moped?

Electric transportation is getting more popular as the days go by.

You see people riding electric scooters, bikes, and mopeds all the time on their commute to work or while running errands around town.

With all of these modes of electric transportation out there, some people are still confused about the differences between them all, specifically when it comes down to riding an e-bike and a moped.

What are the real differences between an electric bike and a moped?

Which one is more expensive?

Which one takes more energy to ride?

What are the pros and cons of each?

We’ll answer all of those questions and more in this piece, so keep reading!

What Is A Moped?

A moped is a lightweight open vehicle typically powered by an engine instead of electricity (though there are a few that are electric). Experimental mopeds in the early days were just engines attached to regular bikes. However, most of today’s mopeds don’t have any pedals at all.

In fact, mopeds typically don’t have a platform for your feet. Riding a moped is much like riding a motorcycle that has a little less power (mopeds typically only have a maximum speed of about 35 miles per hour).

Since mopeds are considered motorized vehicles, cyclists have to receive a special license as well as pay for registration and potentially insurance to ride a moped.

A moped is actually seen as a motorcycle in different states if the engine is over 50 cubic centimeters (running beyond 35 miles per hour). Because of this, users may also have to pay for insurance just like they would for a vehicle.

As they are regulated by state and federal laws, you will want to research the laws in place for mopeds in your state.

With a decent speed out on the road, mopeds also typically use gas (though some have switched over to battery to reduce the carbon footprint of users).

How Do Electric Bikes Differ From Mopeds?

Electric bikes differ significantly from mopeds in how they run and the regulations behind them.

For one, riders have to put in more work to ride an e-bike than they would with a moped. While electric bikes have motors, they do actually require some pedaling (reference our previous post, “Do You Have to Pedal an Electric Bike?“), which can be a great workout. When cyclists get a little tired of pedaling, they can rely on the motor a bit more to do the heavy lifting.

Most e-bikes also don’t typically go as fast as mopeds (usually about 20 miles an hour for a standard bike, maybe 30 mph for a more high-end model). Because of that, cyclists don’t need e-bikes to have a license, insurance, or registration to ride their e-bikes on the road.

Another significant difference is that many mopeds require gas to run. Electric bikes have always run off of a battery, requiring cyclists to physically charge their e-bikes for trips. This is seen as more environmentally friendly than mopeds, which has prompted different users to make the switch.

Are Mopeds Safer Than Electric Bikes?

In looking at key differences between mopeds and e-bikes, the next obvious question is which one is “safer?”

To be honest, there is no sure answer.

When it comes to safety features, many mopeds have shock absorbers and automatic braking systems that can add another level of safety for motorists on the road.

However, in terms of accidents, a 2019 study showed that an estimated 108,229 moped-related accidents occurred within adults, leading to hospitalization or death.

Electric bikes, though deemed by experts as safe as traditional bikes, also have their share of issues. There have been accidents due to cyclists speeding and underestimating the time they have to brake and avoid crashes.

Also, when the lithium batteries have not been properly cared for or charged, the batteries are susceptible to catching fire.

The fact of the matter is that there are always risks in riding a moped, electric bike, or any other mode of electric transportation. There are risks in driving just a regular car or riding a traditional bike.

However, the majority of these issues have been due to cyclists getting too comfortable in riding their electric vehicle of choice.

To diminish those risks on either a moped or an e-bike, you should be sure to ride safely and defensively. Obey all traffic laws and signs at all times, including the speed limit, no matter how experienced you are.

Wear a helmet to protect yourself in case of an accident better, even if your state doesn’t require one.

Also, be aware of the weather forecast that may impact your ride on either a moped or an e-bike.

What Are The Advantages And Disadvantages Of Each?

So should you buy a moped or an e-bike for your transportation needs? Honestly, it all comes down to your personal preference, but here are some things to consider about each so that you can make the best decision for you.

Mopeds typically require gas, and e-bikes don’t. Unless you buy an expensive electrical moped, most mopeds require you to pump gas at the gas station.

The average moped holds 1 gallon of gas at one time, which can last for up to 100 miles. That’s certainly less than a car. However, e-bikes only need to be charged, typically through a wall outlet.

With each charge, you can expect your bike’s battery to last between 35 to 100 miles (reference our previous post, “The Best Long-Range e-Bikes“). Depending on the battery, it can cost 5-8 cents for each charge, which is still less than gassing up at a station for a moped.

Mopeds require less energy to ride. While e-bikes are powered by a motor, they require some work on the cyclist’s part to get moving. Meanwhile, with a moped, all a motorist has to do is turn on the engine and ride without doing any type of pedaling.

Some motorists may prefer this over having to physically pedal on their commute into work or while traveling to other places. However, some cyclists may prefer to pedal to their destinations to burn off some calories.

E-bikes allow you to travel further out. An e-bike is considered to be a bicycle in most states. That means that you can legally ride them on different sidewalks or bike trails in your neighborhood or in a park, places that are off-limits to mopeds.

You can even buy a specialized e-mountain bike for harder trails in the woods or on dirt roads. Mopeds don’t have that advantage, unfortunately, because they are designed for city streets. 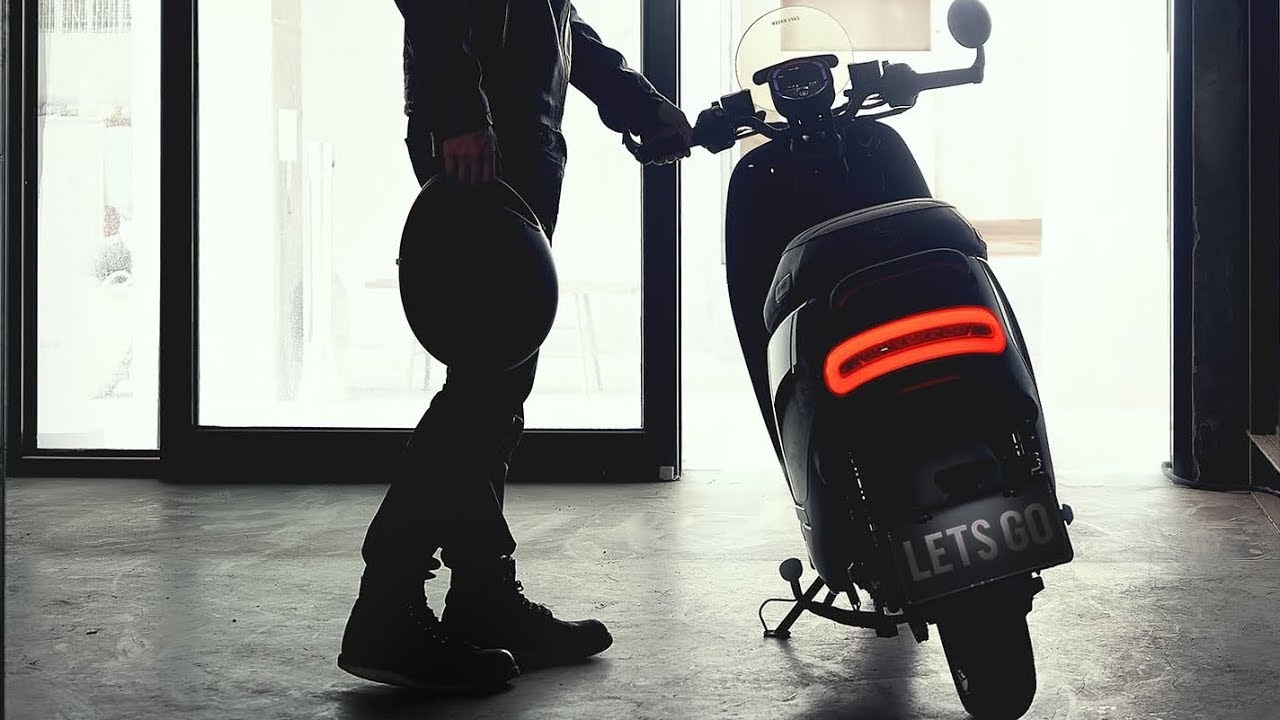 E-bikes move much slower than mopeds. As previously mentioned, e-bikes aren’t the fastest. Most e-bikes have a maximum speed of 20 miles per hour. That can be a little slow, depending on where you’re headed and how fast you’re trying to get there.

Mopeds aren’t moving as fast as cars, but you will certainly go a bit faster as they travel at least 35 miles per hour.

Mopeds cost more overall.  A standard electric bike typically costs about $1,500, though it may be more depending on the model and brand. However, a new moped is much pricier.

Due to the power and speed of mopeds, as well as great features like shock absorbers, you can expect to pay anywhere from $2,000-$5,000 easily. You also have to factor in the price of getting a license and other paperwork to ride the moped on the road legally.

E-bikes have more tech options for riders. With e-bikes, riders can download different apps that get you details about your bike, like how much charge your battery has left and where you parked your bike.

In this fast-paced world that we live in, it’s convenient to have information about your various rides at your fingertips. Mopeds typically don’t offer that.

Mopeds can cost more to park or store. Mopeds are basically like small vehicles. When you’re out and about, you need to find a place to safely park them either on the street or within a parking garage.

Depending on where you live, that can be expensive. You may even have to pay for parking where you live. With e-bikes, you have more options for storage.

If you live in a metropolitan area, many places offer bike lockers, stalls, or racks where you can safely leave your bike (most times, without having to pay money).

Some of these electric bikes are even foldable, so you can easily store them in your car or inside your house when you’re not using them.

Whether you decide to go with a moped or an electric bike, they both are excellent modes of transportation. Hopefully, this article helped you in making the best decision for you in purchasing one of these!

You can also check out more about electric bikes on eRideGuides.com, including Six of the Best Electric Bikes for Commuting to Work or School.

How Far Can an Electric Bike Go On a Single Charge?