Can Electric Bikes Get Wet?

When it comes to any electronic, a common question consumers ask is if their expensive new gadget can handle a little bit of rain, water, or submersion.

However, unlike a phone, television, or game console, the likelihood of getting it wet is way less than an electric bike.

Because an e-bike has other components not found in a traditional bicycle (namely the motor and battery), there is concern that rain or melted snow will damage them.

Although most e-bike manufactures take appropriate measures to make their products resistant to water, the answer is more complicated than that.

Most electric bikes are water-resistant, and they won’t fail if they get splashed with a bit of water.

But, the amount of water an electric bike can take varies between models.

Can You Use Electric Bikes in the Rain?

Yes. Although there are no completely waterproof e-bikes on the market, and you can’t wholly submerge your bike in a lake, you can ride comfortably in a drizzle.

Due to water-resistance, e-bikes are capable of getting wet – so don’t worry about using them in rain or snow. However, you shouldn’t use them like an ATV or four-wheeler for off-roading because there is a possibility of the mud negatively affecting the motor.

IP Rating and its Function

An IP rating, also called the International Protection code, is used for mechanical castings or electrical enclosures. You’ve likely seen them on your televisions and laptops but, smartphones popularized the concept due to the frequency of consumers dropping them in water.

Samsung and Sony were the first two manufacturers that brought water-resistant phones to the market. Since then, a water-resistant function to most electronics has become standard.

To better understand IP ratings and the numbers attached to them, look at the chart below. 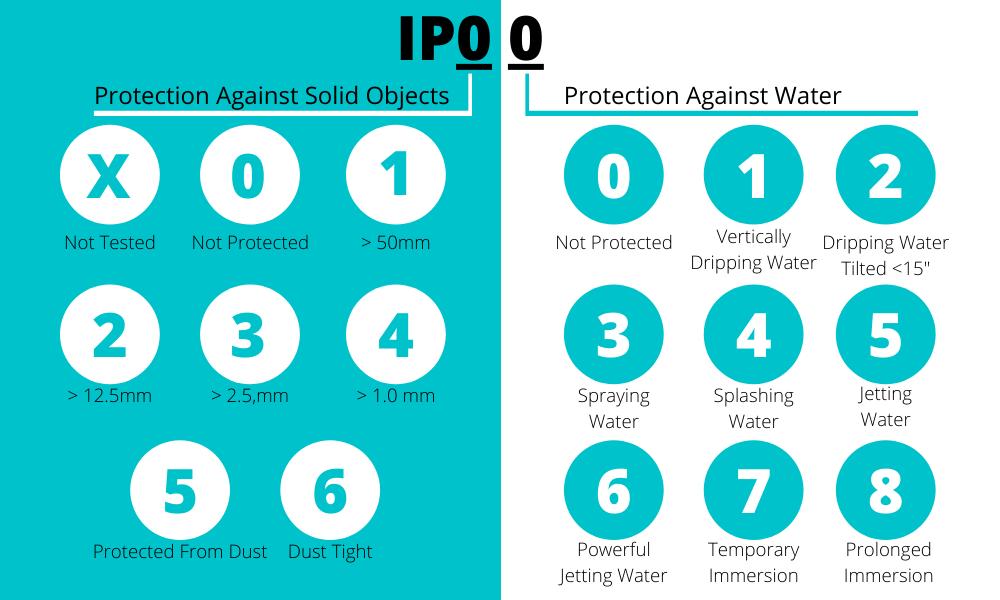 When browzing for e-bikes, you’ll likely find bikes certified for IPX4 or IPX5. Looking at the chart, we can determine that the product is suitable for splashing water (4) or jetting water (5).

At both of these ratings, you can ride your e-bike in the rain without suffering permanent damage.

Just don’t get caught in a monsoon. Otherwise, you may as well throw your bike in the lake!

Tips for Riding Your E-bike in the Rain

The best thing to do to prevent rain from seeping into your motor is to prepare ahead of time. Use these tips to ensure your e-bike stays in working order for years to come.

There’s nothing worse than arriving at your destination all sweaty – that’s what e-bikes are for! But what if your clothes are wet because of the rain? To protect your garments and your wheels, invest in some waterproof clothing.

Invest in a cycling hat to protect your head from the water and falls. Make sure it can fit under your helmet, and also has a brim and ear flaps to save your ears from potential infection.

Gloves are essential, so keep an extra pair in your waterproof backpack. Balance your dressing with a rain-resistant jacket and coat, but don’t layer too much or you’re bound to get hot.

Even with a closed bag fit for rainy days, I like to be on the safe side and add a blanket to wrap around my electronics. For small electronics like phones or hard drives, use a Ziploc bag or a nylon shoulder strap for extra protection.

The drivetrain on your typical e-bike is capable of surviving little splashes of water, and the batteries can work in multiple weather conditions. However, the factory safety features often don’t protect from a large amount of debris.

Use a fender to protect your bike from water, mud, and debris. It’s preferable to buy one made of metal for physical debris, but plastic is ideal for spraying water. 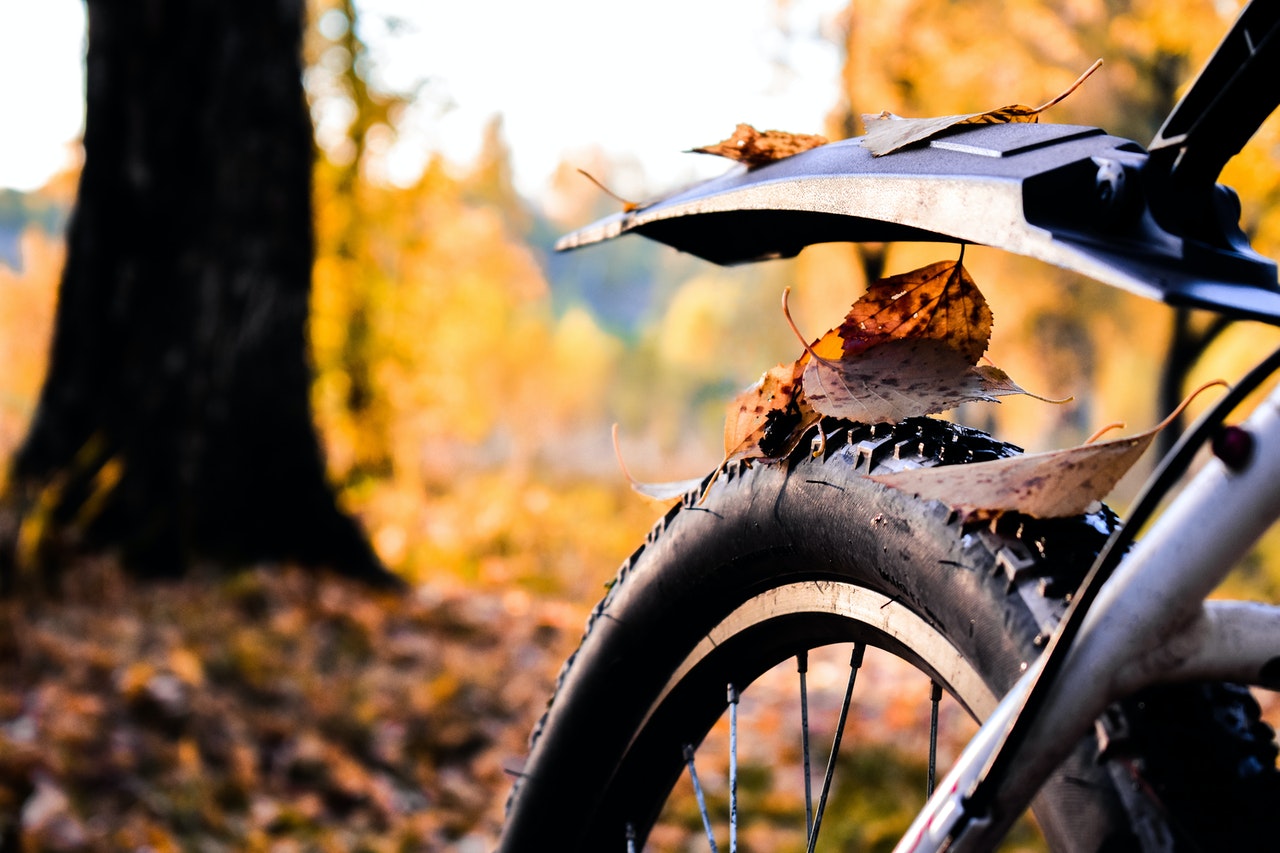 You’ll want excellent traction on rainy days because even on the freshly paved pavement, your tires are more likely to roll too fast. 100 psi is standard, but for slippery conditions, it’s better to reduce tire pressure to 10 psi or less to improve traction.

At 90 psi, your tires will have a better grip on the road, which will help prevent falling and avoid hydroplaning on ice.

When a road has too much water and ice, slow the heck down! As much as slamming through puddles on the street and sidewalk can be fun, it’s better to slow down to avoid accidents and to give yourself more time to brake.

Lousy visibility is bad news in a vehicle, but on a bike, there is a possibility of flying off onto the road if you hit something or can’t stop. Get an e-bike with a pedal-assist capable of maintaining high speeds, even in harsh weather conditions, so your bicycle can compensate for the weather.

For better braking power, opt for disk brakes instead of rim brakes. Rim brakes are commonly found in traditional bicycles and only perform well in dry conditions.

We already spoke about how visibility is an issue in cloudy weather. However, although seeing other vehicles on the road is vital for your own sake, you also need others to see you amidst the rain and snow.

Most countries with e-bike laws, including the United States, require you to have front and rear lights. Still, lights may not be enough. Install reflection signs on the front, sides, and rear on your e-bike, or wear a reflective vest to keep you and other drivers safe.

Although an e-bike functions similar to a traditional one – it’s a lot heavier. Think of your e-bike like a motorcycle and don’t lean too much on its sides on a turn.

You can get away with leaning on a BMX or equivalent, but an e-bike could collapse when turning a tight corner.

Instead, apply the brakes slowly, or pump the brakes as you would if you hit an ice patch. These methods will keep your tires on the road, which will maintain traction can keep the bike balanced.

What to do During Unexpected Heavy Rainfall 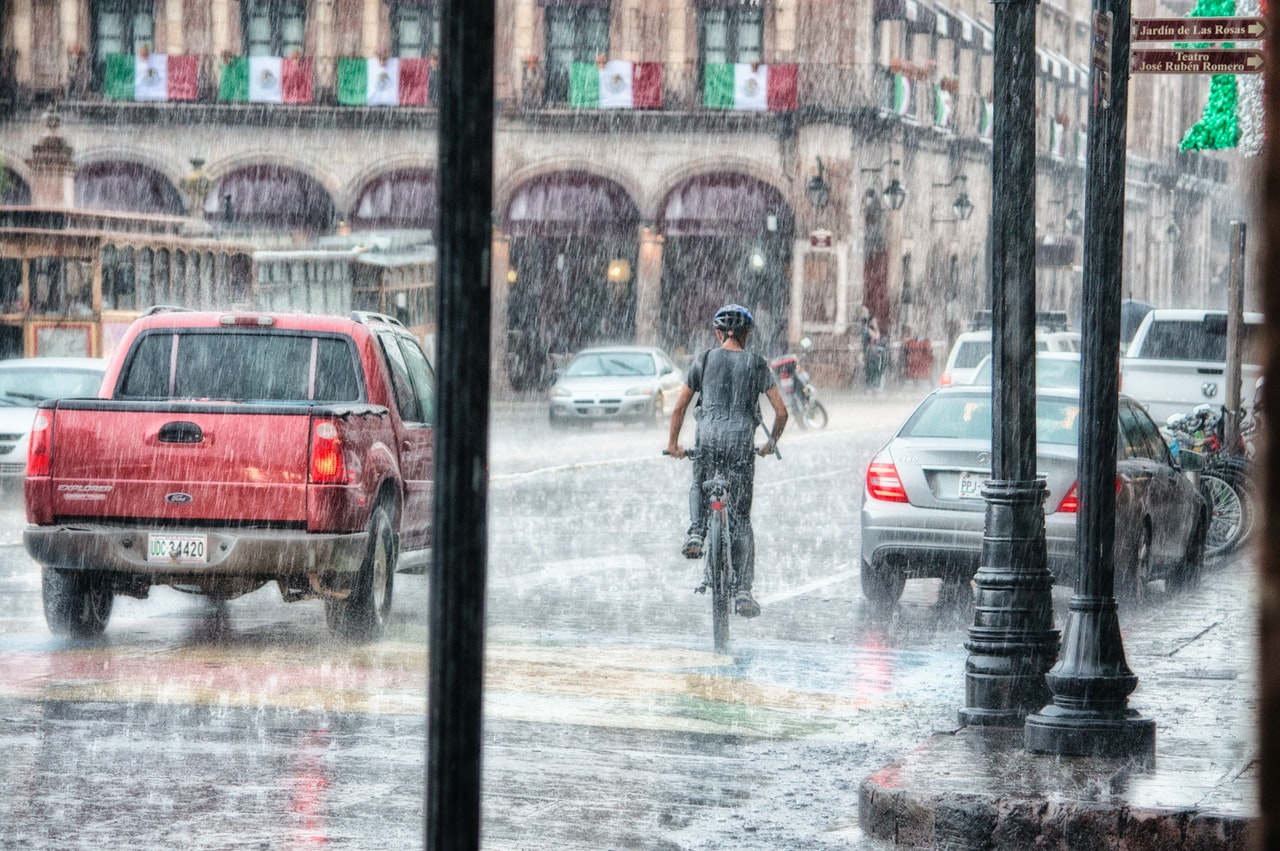 Sometimes rain can disrupt our day. Although you can prevent damage from occurring to your battery or motor during a light drizzle, a massive downpour or an inexperienced rider should consider the following tips.

You’re probably saying “duh,” but your e-bike really can’t take a downpour or 10 minutes or longer of consistent rain. Use your judgment, but if you’re getting soaked within minutes, you should find cover immediately and wait out the storm.

Most e-bikes are $700 or more, so it’s in your best interest to protect your investment. Extend your commute by a few minutes or call an Uber if your bike is smaller than 40 inches (anything bigger won’t fit in their vehicles). If you’re really late, it’s better to take a bus instead of running your bicycle or other electronics.

To start, don’t use extra water or soap to wipe down your bike initially. Although your e-bike is probably dirty, it’s not a good idea to add extra moisture when it’s already wet. Use a dry cloth to remove the excess water on all external components first.

After you’ve removed water from the top layer, open up the hood and inspect if any water is inside. If there is, carefully remove the motor and battery and pat the outside gently.

After the bike has dried overnight, you can wash off the dirt and debris with a sponge. Never use a pressure washer, because you could move the dirt to more sensitive areas of the bike.

If you typically store your bike outside, consider relocating it during harsh weather – especially if you’re trying to dry the components after a storm. Snow, sleet, and rain can potentially damage your bike, even if humidity dews on its gears and chains.

Think about it this way: you would never leave your other electronics outside, even in the best conditions. If you have a garage, store it inside. When all else fails, park it in your mudroom if you have one, or in your house.

Find a Bike Fit for Your Climate

Some e-bikes will suit your climate better than others. If you live in an environment with few rainy days like California or the dry deserts of Arizona, you can get away with an IPX3. However, opt for an IPX5 if you live in New York, so your e-bike has a higher chance of working after an unexpected thunderstorm.

A higher IP rating is always better, but they come at a price. Make sure to read the user manual carefully for every e-bike to ensure it will hold up against snow, sleet, and rainfall.